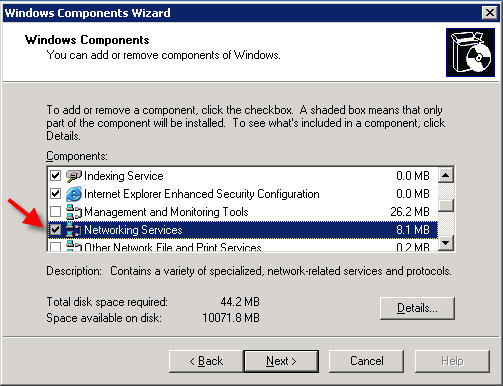 I have inherited a complete mess due to AD / DNS issues that I am trying to solve. I am creating a unique forest divided into 2 domains: root jungle and child domain. There are 2 DCs in the FR domain and 6 in the child domain (2 at the headquarters and one at each of the 4 selected sites). All DC Racing 2003. My problem is that it creates a designated DNS zone that looks good – 6 child domain controllers will probably be listed as nameservers at the primary forest level. However, it looks like the DNS zone was first created at the forest level for this child domain, but its duplicate scope is the domain. This assumes this is obviously not being updated from our own child DNS zone, as the exact child zone is also configured to replicate domain wide. The problem is then often compounded by one zone, another is normal in the child domain for the corresponding forest domain, but this is usually defined for the entire forest – knowing that it is not replicated in the forest because the forest already has its own zone of ownership. and the domain section actually takes precedence …

I also do nott sector of the _MSDCS domain at the forest level – is it true of my research that it often does not require this?Now, as the Child.Domain.com area is fully visited and working correctly. Should I and my spouse keep this and see no reason to cancel all delegations?

Does anyone have any suggestions on this? Everything is running all the time, DC Diags are fine but not perfect, and if the worst happened, I wouldn’t know where to start! I feel like this chaos of the process was created in order to make a certain product work, but what I don’t see, should there be a way with less effort?

My goal here is to get only two DNS zones; zone FR with delegation for a child, then a zone for children. Currently, there are many of them, two of which may be redundant.

Hope this makes sense;it made me realize that it was going on for a while!

Now, let’s put off upgrading armor and weapons for a while and discuss a wide range of maintenance issues that may be more applicable to some of your computer systems. If you have scopes with dynamic updating enabled, they tend to get stale entries. (See Chapter 16 for a description of dynamically updating a source.) Obsolete records are A or PTR records that are added dynamically but are not removed as expected when they are no longer needed. Most DHCP clients, including Windows clients, do not release their addresses on shutdown (remove the PTR entry). Think of a temporary host, such as a laptop, that never gets an address other than the one it was freed from, with A remaining associated with the PTR records in the DNS. Microsoft considers these records to be outdated, and Windows Server 2003 DNS can track their age and delete or flush them when most users are no longer needed.

The DNS on the Internet knows the record is not tedious when a receives a dynamic update request for it. By default, a Windows 2200 or Windows XP host sends a new dynamic update message for its A record (and PTR record if developed with a static address) every 27 hours. These comparable Windows hosts also send dynamic updates that are detected when the lease is renewed. A large existing dataset is called an update. (Before sending an update to make changes, clients actually check for the existence of a record by sending almost any dynamic update message with only one partition. The DNS server also has such a message as an add-on.) One update is that marking to the server that a particular client is all still alive and using its datasets.

The idea behind cleaning is to remove records that have not been updated within a selected interval. A large retail master server maintains a timestamp for each resource background during cleanup, in addition to the one included during zone aging. Every rah when created, changed, or updated, the web server updates the timestamp with the new time. Now that the main wizard is integrated with Active Directory, it replicates your timestamps to other servers (since each of the main wizards may need to be aged and cleaned up). A large number of dynamic updates means a large number of update events and associated timestamp updates, which means a counter of replication traffic if the scope is Active Directory-integrated.

To reduce replication, I would say that Microsoft has released the concept of a “no update” period. Once the dataset has been updated and its timestamp has also been updated, the Internet does not handle any further update situations (nor the timestamp of the update data record) scheduled for the non-update period. Note that each data record can have its own refresh timer or no refresh timer. However, the mailbox entry can still be changed, which will update the company time stamp. Remember that the rule isA new update is only an online update and does not result in any changes [3], since the entries specified in the update already exist in the part. The no-refresh interval is like one cool-down phase that is shortened during replication: since no refresh events are logged during this interval, the timestamp of the record is not actually updated and therefore does not require replication. DNS

The actual update and non-update intervals of the server are often seven days. Aging and storage are activated zone by zone. At a configurable interval, the host performs a cleanup step to remove stale entries in areas that are allowed to expire and clean up. Obsolete records acquire a timestamp older than the current time minus the no-refresh interval without an update interval. In fig. 7-5 show the steps of a dataset from creation to updating and cleaning. Since the folder has never been updated, it is truly storage-friendly. Figure 7-6 is another record of a resting customer who pSends out interesting updates regularly to keep his A-Make up to date. This entry will not be deleted.